AW Kitchen Figlia: “Well-Trained Vegetables”, Reinvented pasta, Perfectionism and Women Like in “Sex and the City”.

Now there are many brunches all across Tokyo, but when we accidentally ran into this place in a corner of Omotesandō for the first time, it was the only one.

You fall in love or you leave at once, immediately.

A tiny place as if I came into an apartment. It is for 20 people maximum, packed with guys from local over-luxury neighborhood. You look at them during the lunch and you can’t get if they are real people or elaborately dressed models who at any minute will run off to a shooting/fashion show.

It is at this place where they baked coal-black bread with ink of cuttlefish, mixed lemon juice sorbet with liquid nitrogen directly at your table and replaced butter with yogurt and cheese mousse way back about ten years ago. They were first to experiment with components in order to deceive your mind and as well to put all the bottles into a bowl for punch in the center of the hall as if it was one big party, and many other things.

In short, they used to play all those tricks which became popular much-much later.

Officially, it is called “a pasta house”.

There is a lot of pasta in the short menu. It is all awesome and seasonable, reinvented in Japanese style. Carbonara, where bacon is replaced with crunchy fried oyster mushrooms, but you can hardly notice it, only after having examined carefully each component, because mushrooms replace meat just perfectly. Fettuccine with foam of onions and fennel, spaghetti with a cloud of the thinnest threadlike mushrooms instead of parmesan.

I should mention “the vegetable salad” separately. If you remember, the protagonist in one of Murakami’s novels used to buy “well-trained vegetables” in Kinokuniya: each vegetable tried to be the best of itself extremely hard. Kinokuniya is just across the road but, as we found out, they get vegetables from nearly all parts of the country: this root comes from this particular farm, this carrot’s from that place, this radish is from this certain island, another is from a different one.

In the end, they bring you a bowl with thin slices of root crops stuck in ice quite chaotically. Vegetable pieces come with haulm leaves and flowers, and even those flowers are edible (and indeed should be eaten). With this bowl they bring you a scoop with sauce heated by a candle. The sauce is the specialty of the house and is thick and creamy/ anchovy.

You can even see it in the photo, each vegetable, each green sprout is PERFECT, as if it was manufactured and printed on 3D printer. Each vegetable has a hyper-concentrated taste of its own, ideal like in our imagination.

PS: Besides, there’s wonderful fried chicken with fern and a palette of seasonable tomatoes of all kinds, sweat and sour, black and striped white and so on. They serve them for degustation, about ten types at once, cut into halves and on ice like oysters. 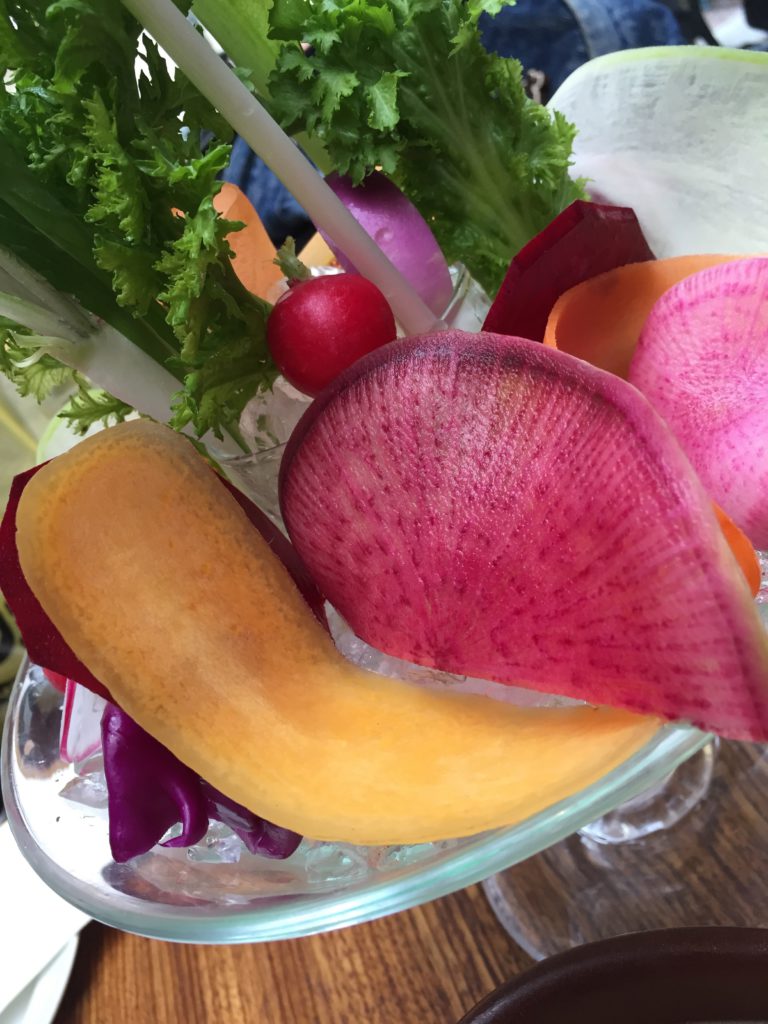 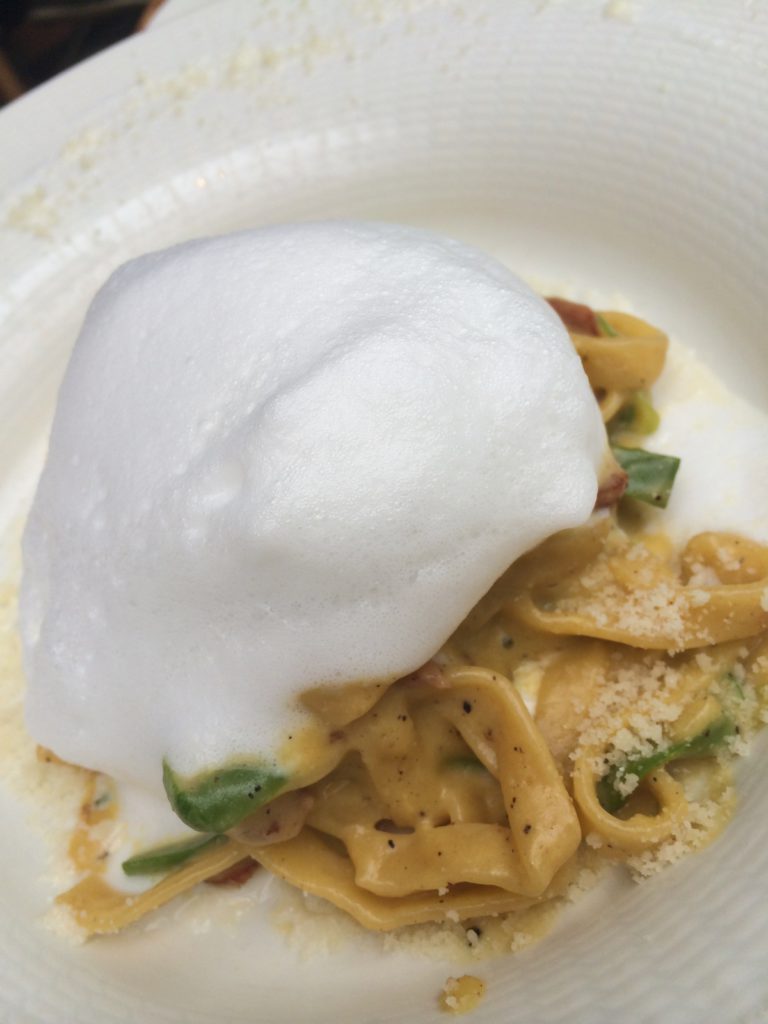 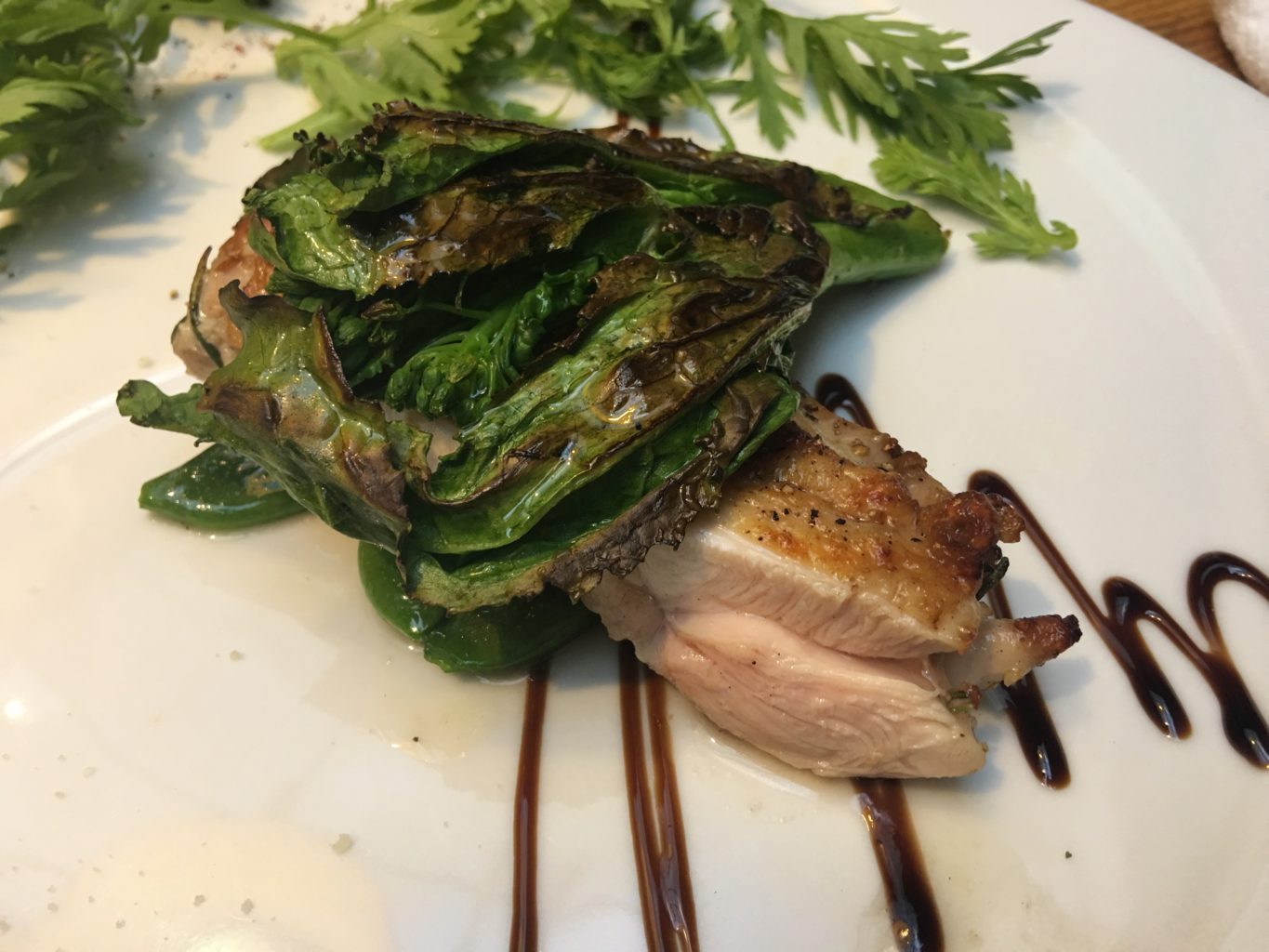 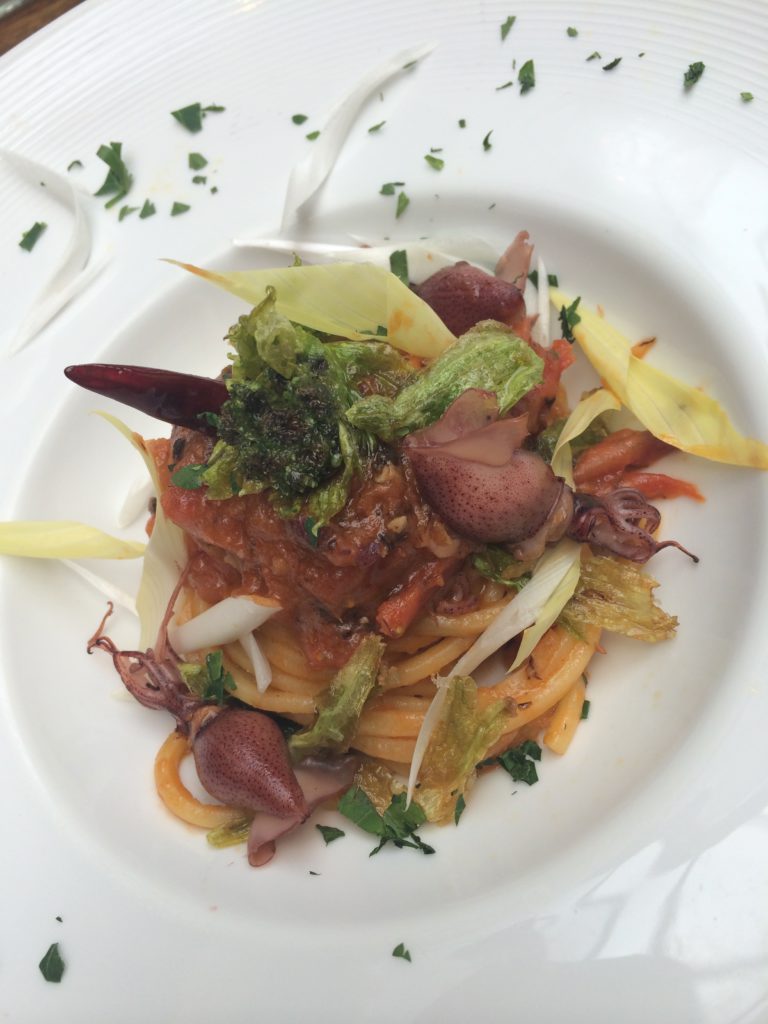 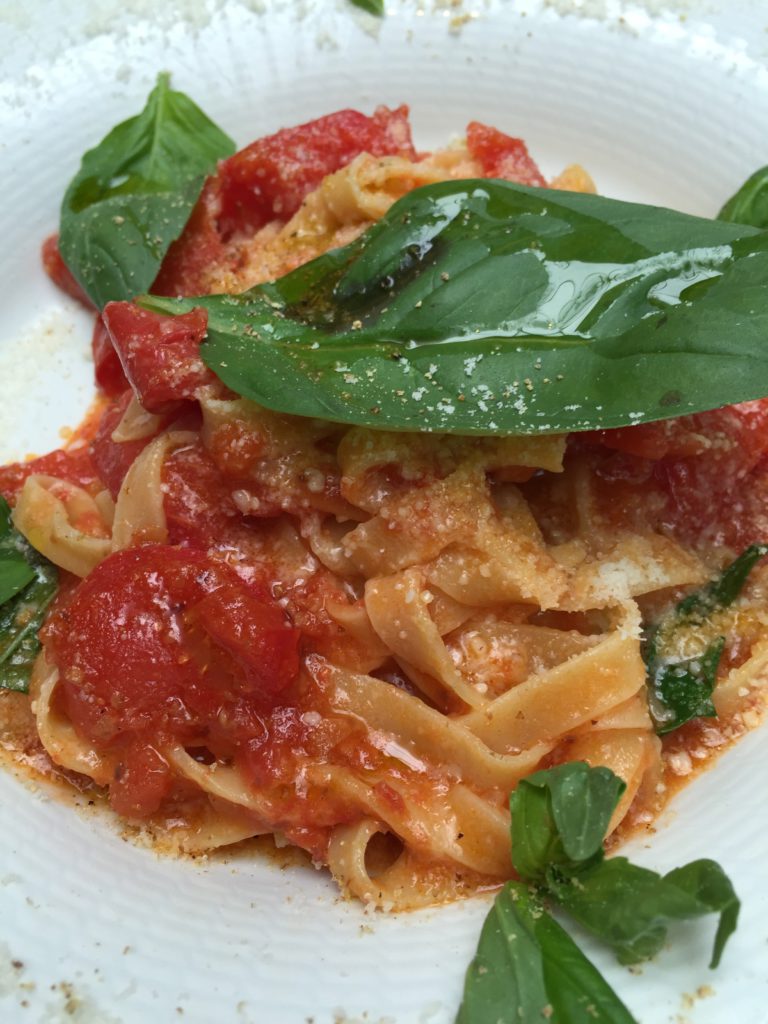 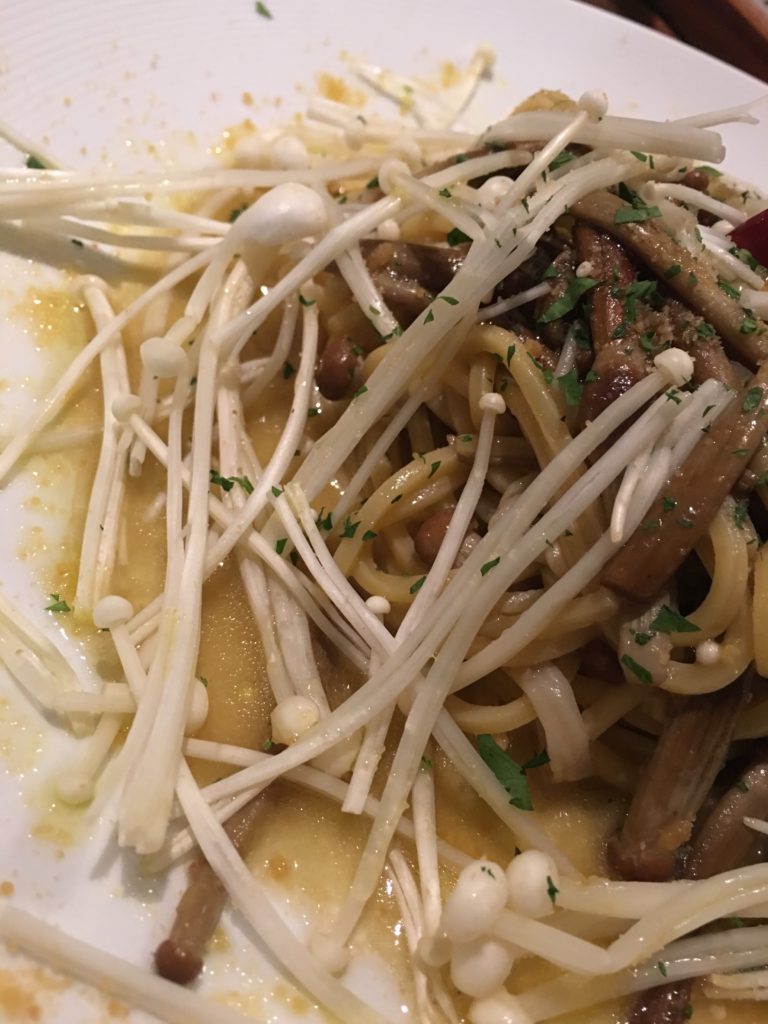 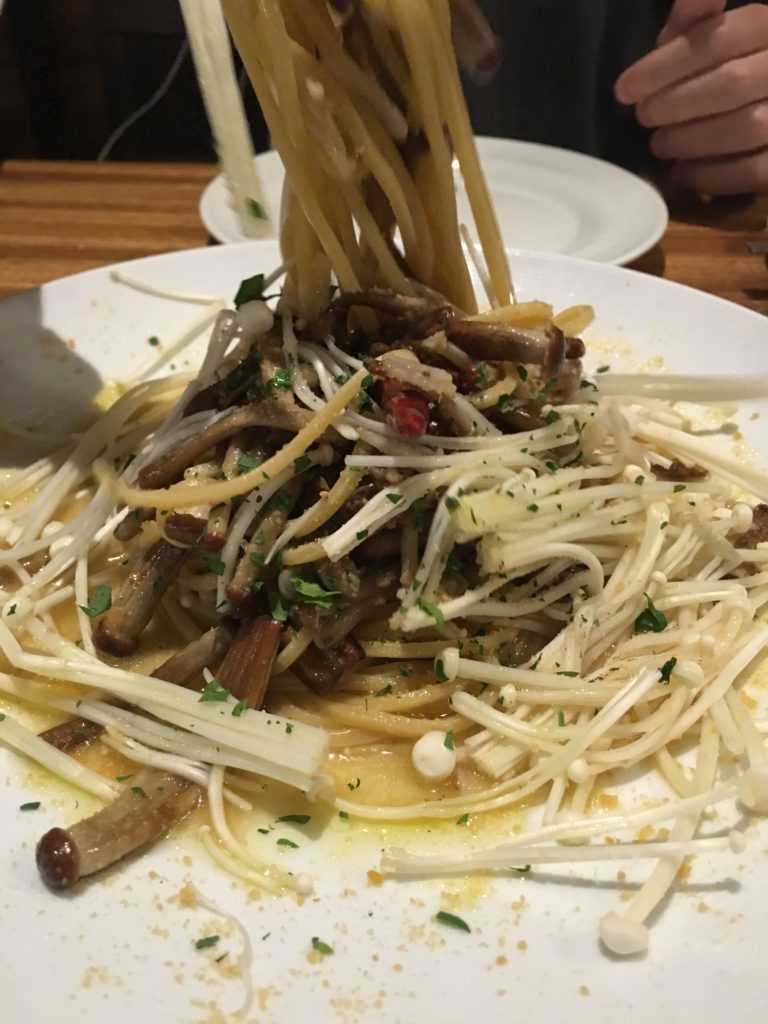 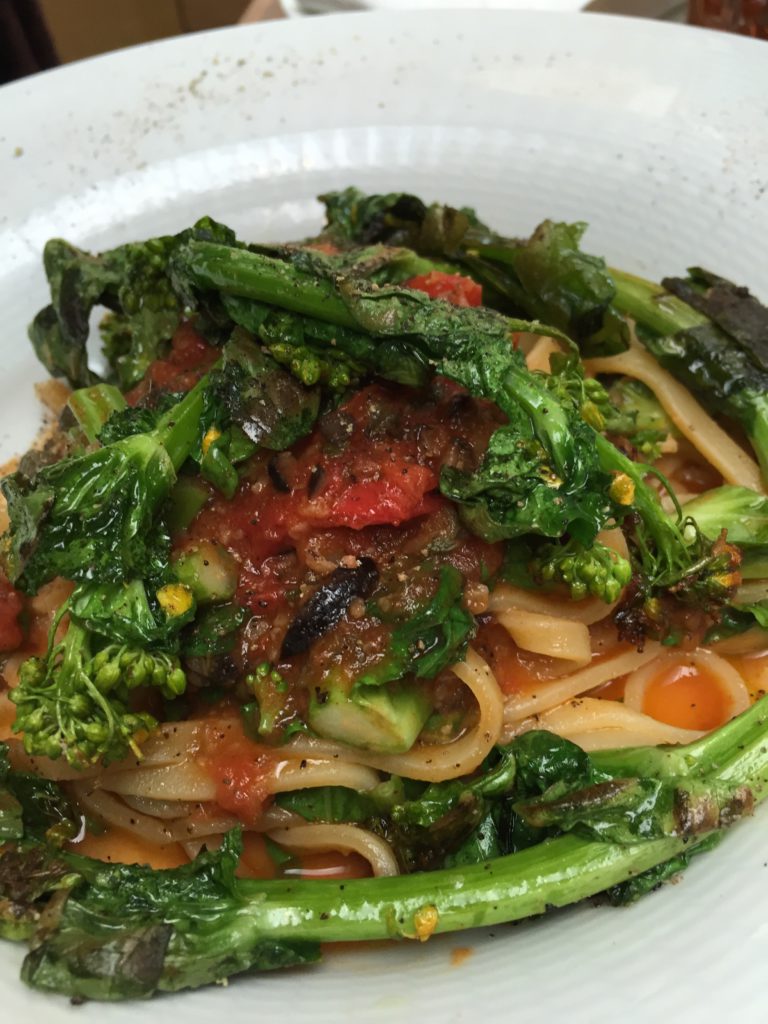 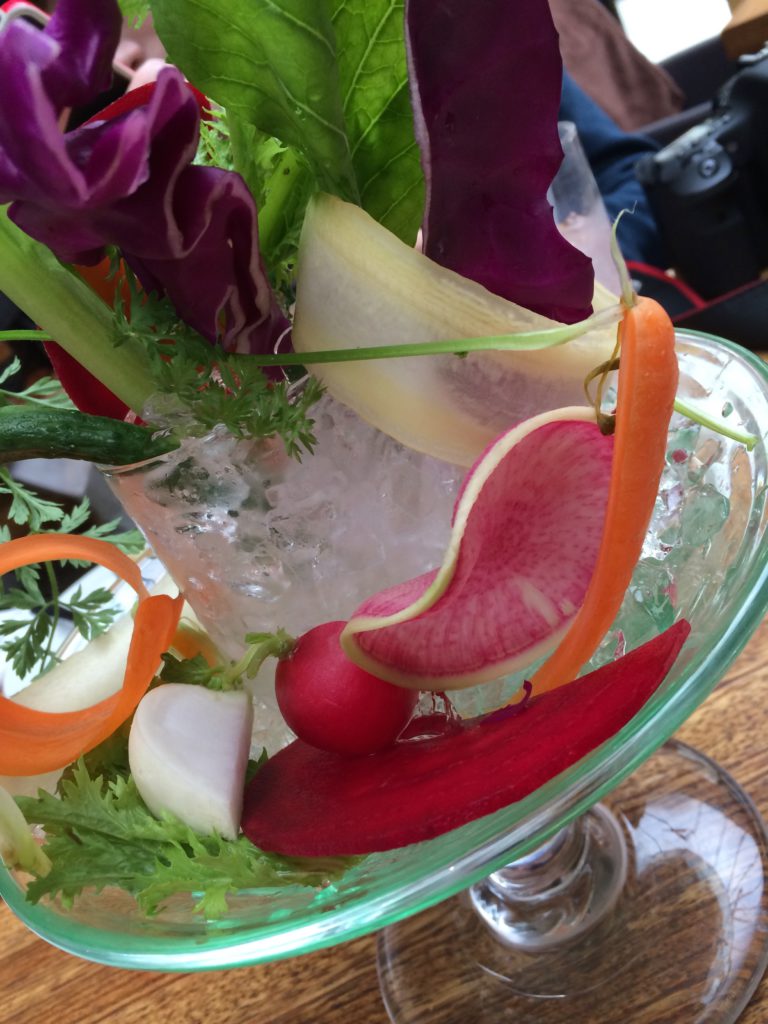 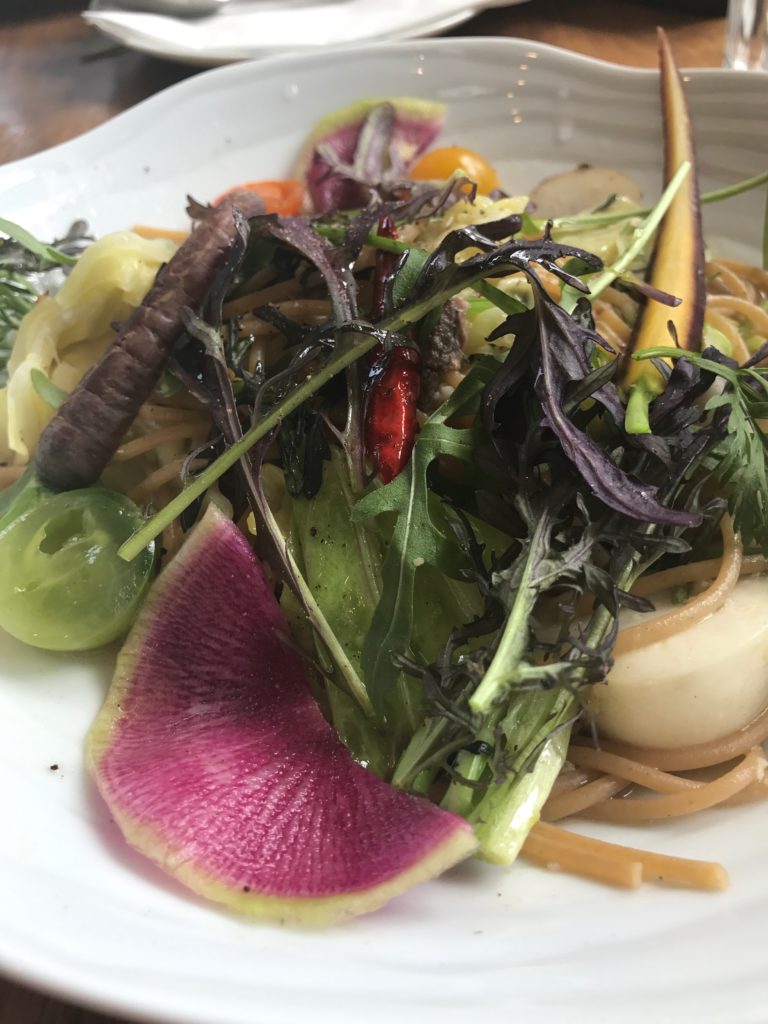 Above: Extremely High City Food on the Mezzanine of Toranomon Hills. 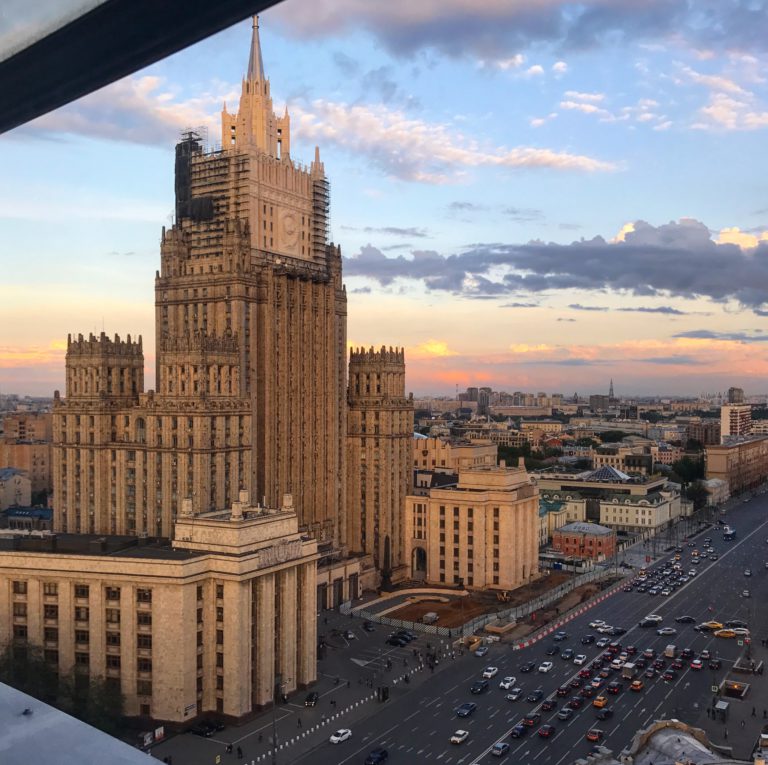 White Rabbit: Up the Rabbit Hole™.